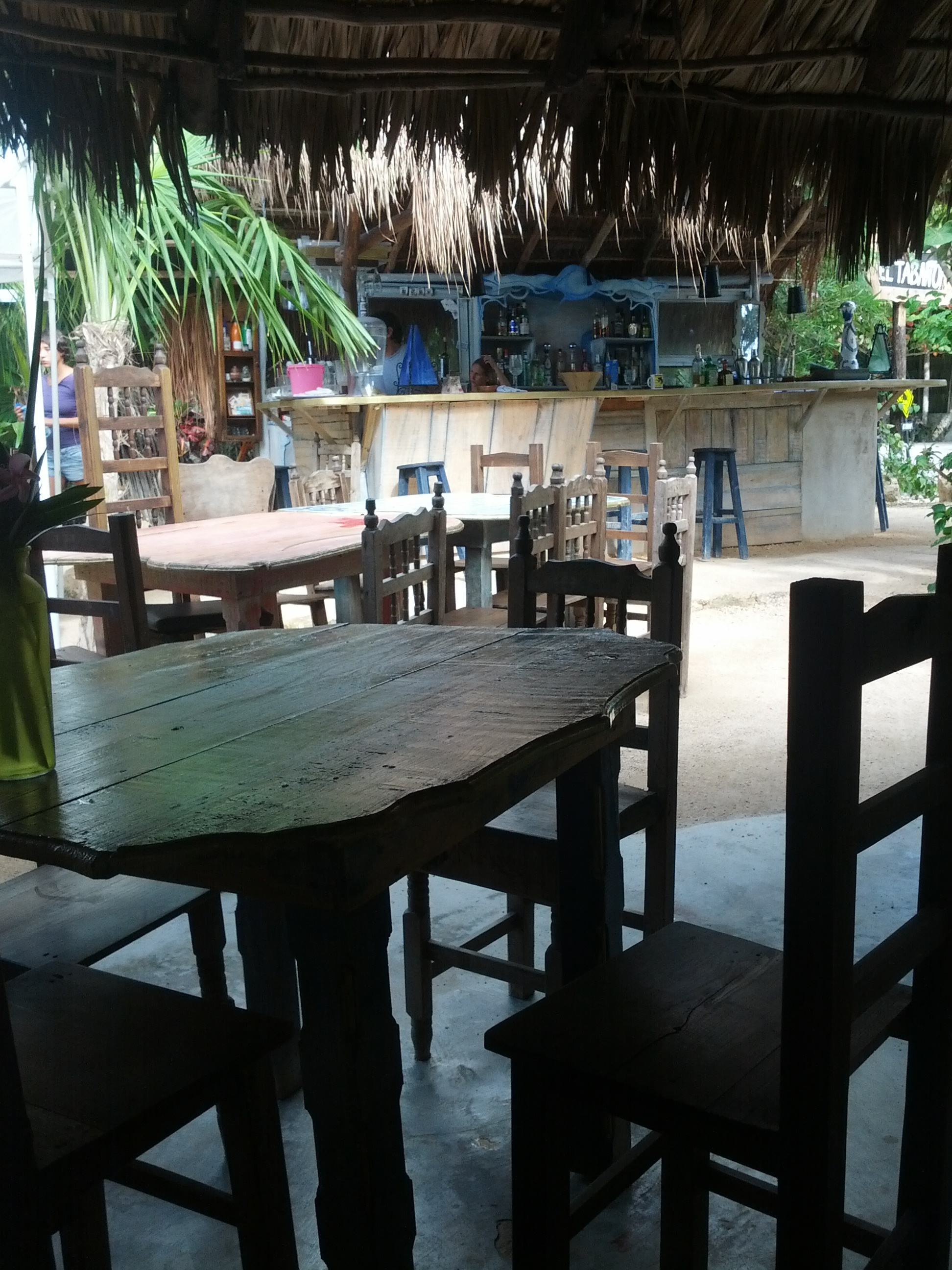 Laid back El Tábano restaurante at the Tulum beach strip

El Tábano is one of the restaurants always mentioned by travelers in Tulum. The place has a reputation of good food since 2003, one of the oldest restaurants on the beach strip. El Tábano owners, Gerardo de la Vega (better known as “PAF”) and Laura are also the creators of the Tulum Food Festival, an event happening every early December and featuring wine and food tastings, cooking workshops and special prix fixe menus at the participating restaurants (for just about US$ 50, including wine matching for every course).

The food is based on traditional mexican ingredientes and recipes, including mole, pipián and spicy hot habanero chile. Fish and see food made the base of the menu, also featuring some chicken and filled chiles. But these ancient ingredients and recipes are given a modern touch to present more creative dishes.

We tasted a fish ceviche as a starter, and we were disappointed: the “modern touch” was adding pineapple to it, and it ended tasting too sweet. No matter how much habanero chile and red onion we added to it, we had to let it go.

But the main courses were amazing. We had chile ancho (a wide red dried mildly spicy chile) filled with fish, gratinated with cheese. It was a great combination of flavors. We also had shrimp in habanero chile butter, it was also excellent, and not too spicy despite of the habanero (the chile flavor was integrated in a fine way through the butter). It was too hot to order the place’s specialty: jalapeño chile filled with pork.

The list of wine is starred by mexican labels, most of them marry well the mexican flavors of the food. There are a few spanish alternatives in case you do not want to go local (what I do not recommend, these mexican wines are worth trying).

The coffee was also excellent, but the whisky list was poor (justs JW Red Label and Dewar’s).

The service was impecable, and warm. It is a cash only restaurant.

All in all, a restaurant you must pay a visit. El Tábano is located at the beach strip, on the Boca Paila road, km 7, about 3 miles away to the right when you get to the beach road. The restaurant is on the jungle side of the road.